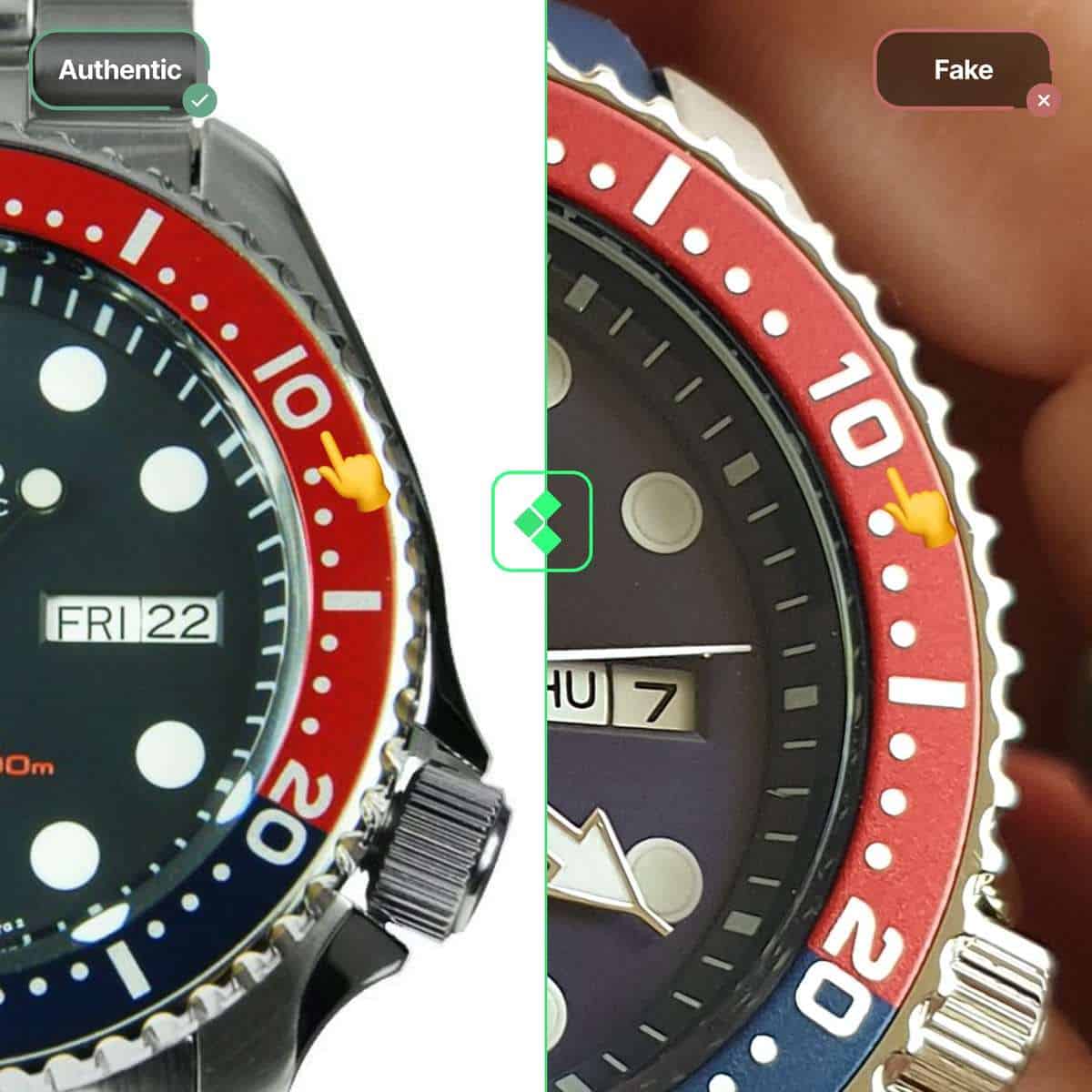 While there are plenty of reputable and trustworthy watch stores out there that can provide you with genuine watches from Seiko, there are still plenty of knockoffs that you might be tricked into believing are real. Unfortunately, SKXes, especially the SKX007 and the SKX009, have been at constant war with these fakes. This is mainly because the 007 and the 009 are incredibly popular, and because the two models have been discontinued, fakes have been becoming more common in the market.

Now, if you’re out and about looking to purchase an SKX007, an SKX009, or any SKX watch, it is vital to know how to spot the difference between a real and fake watch. If you are unaware of how to do this, here’s what you should keep in mind and do the next time you go about purchasing an SKX watch:

Apart from the serials themselves, you should look at other numbers, such as the imprints on the case. Pay attention to what the number writes. For instance, some fake watches may write something on the case like “7S26-7039.” Now, there is no such 7039 that uses the 7S26 watch movement. Apart from this, pay attention to the font of the numbers. More often than not, the genuine watches have a distinct font that imitators find incredibly challenging to mimic, so if you are buying a watch, have a photo of a genuine watch and its fonts with you.

3. Pay Attention to the Details

Sometimes, the best way to spot a fake from the real is in the tiny details. For example, do the text on the dials actually lineup with all the other watch face’s elements? Are the fonts bold or standard? Is the word “Automatic” the same width as the word “Seiko” or a little wider?” Is the colour of the DIVER’S text red or orange, or is it white? All these tiny details can give away a fake one, and while some fake watches have matched a genuine watch incredibly well, it is never 100%. For example, a DIVER’S text should be either red or orange, and the “Automatic” text should be the same width as “Seiko.” If it isn’t, then it is a fake.

As time goes by, fake watches are becoming harder and harder to tell apart from genuine watches. As such, it is vital that you carefully pay attention to the watch you’re buying, looking at every tiny detail to ensure it screams genuine rather than fake. Of course, a great way to ensure you’re purchasing authentic watches is to buy only from reputable and trustworthy watch sellers. They’ve done the work to ensure their line of watches is nothing but the real deal, and this will ease the burden on your shoulders significantly by not having to worry about ending up with a fake watch!

Seiko Mods are experts in designing and manufacturing Sapphire Crystals and various other mod parts for Seiko watches. If you are looking for Seiko mods for sale, check out what we have to offer!