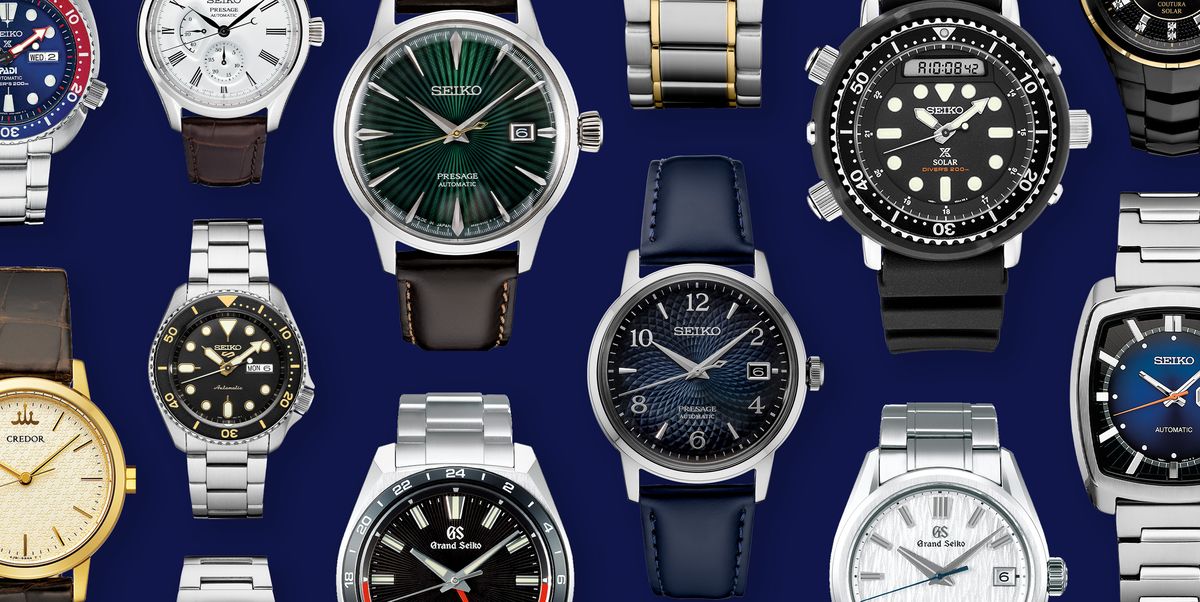 For any Seiko fan, it’s no secret that the watch manufacturer’s nicknames for its timepieces are just as special as the items they’re assigned to.

Regardless of how long you’ve been into these watches, you can definitely attest to the fact that the special names of various pieces make them much more elusive and endearing. Over the years, in fact, it has become nearly impossible to look at a Seiko diver piece and not call it by its nickname—which is why they’re such a critical part of the company’s identity and history.

With many preferring to call timepieces by their nicknames instead of their reference numbers, it’s easy to see why the phenomenon of “pet names” for watches is as widespread as it is today.

The allure of special names has even gotten to the point where Seiko itself has come up with its own list of in-house verbal identities—such as “Cocktail Time” and “Alpinist” being the prime examples.

As you continue to dabble into the world of Japanese Haute Horlogerie and cultivate your appreciation for Seiko’s craftsmanship, there’s no doubt that you’ll grow even fonder of the nicknames. At one point, however, you’ll eventually ask yourself one question even though you already know dozens of different names and tell them apart: what’s the history behind the different nicknames of Seiko watches?

Although there is no obligation or requirement to know the history behind the most famous Seiko watches to be considered a true fan, it certainly helps cultivate appreciation.

With Seiko’s diver watches amassing a cult following of fans that deeply identify themselves to the brand, getting familiar with the nicknames showcasing the brand’s popularity and cultural influence is just a fun thing to know.

Enthusiasts of the brand can be even more amazed by the timepieces they adore because each term has a rich history behind it—and here are some examples to prove it:

When Seiko released this sharp mid-sized piece in 2004 (which was a big hit until its final regular production run in 2008), it caught the attention of many collectors and avid fans in an instant—mainly because of its distinctive look.

The first batch of this watch featured special sword-shaped hands that were as distinctive as they were appealing—which is why many enthusiasts went on to dub it the “Samurai.” Beyond unique parts, however, the name given to the timepiece in question is further cemented by the fact that it evokes a sense of Japanese design with its clean-cut lines, precise curves, and refined finish!

Among the different nicknames that have been given to dozens of Seiko timepieces over the years, the “Monster” monicker is by far the most storied with a 20-year history.

The name that was given to the SKX779 and SKX789 when they were introduced in 2000 came to be after enthusiasts took quick notice of the dial of both released models. With the part itself lined with sharp teeth (and not to mention its rather enlargened size), it was only about time before fans began to talk about the “monster-like design”—hence, the name was born!

Among the different elements that make Seiko such a special watch brand that is beloved by watch collectors, its widely-famous nicknames are an especially important part of the company’s identity. By understanding the overall history of as many special terms as possible, it will be far easier to cultivate a sense of appreciation for every piece the manufacturer puts out!

We’re the leading supplier of Seiko Mod Parts in the UK that offers various types to make any model as unique as can be—whether it’s a Tuna, Turtle, Mako, or Sumo. Bring out your creativity and escape ubiquity in the world of Haute Horlogerie by visiting our website and ordering mod parts for your watch today!