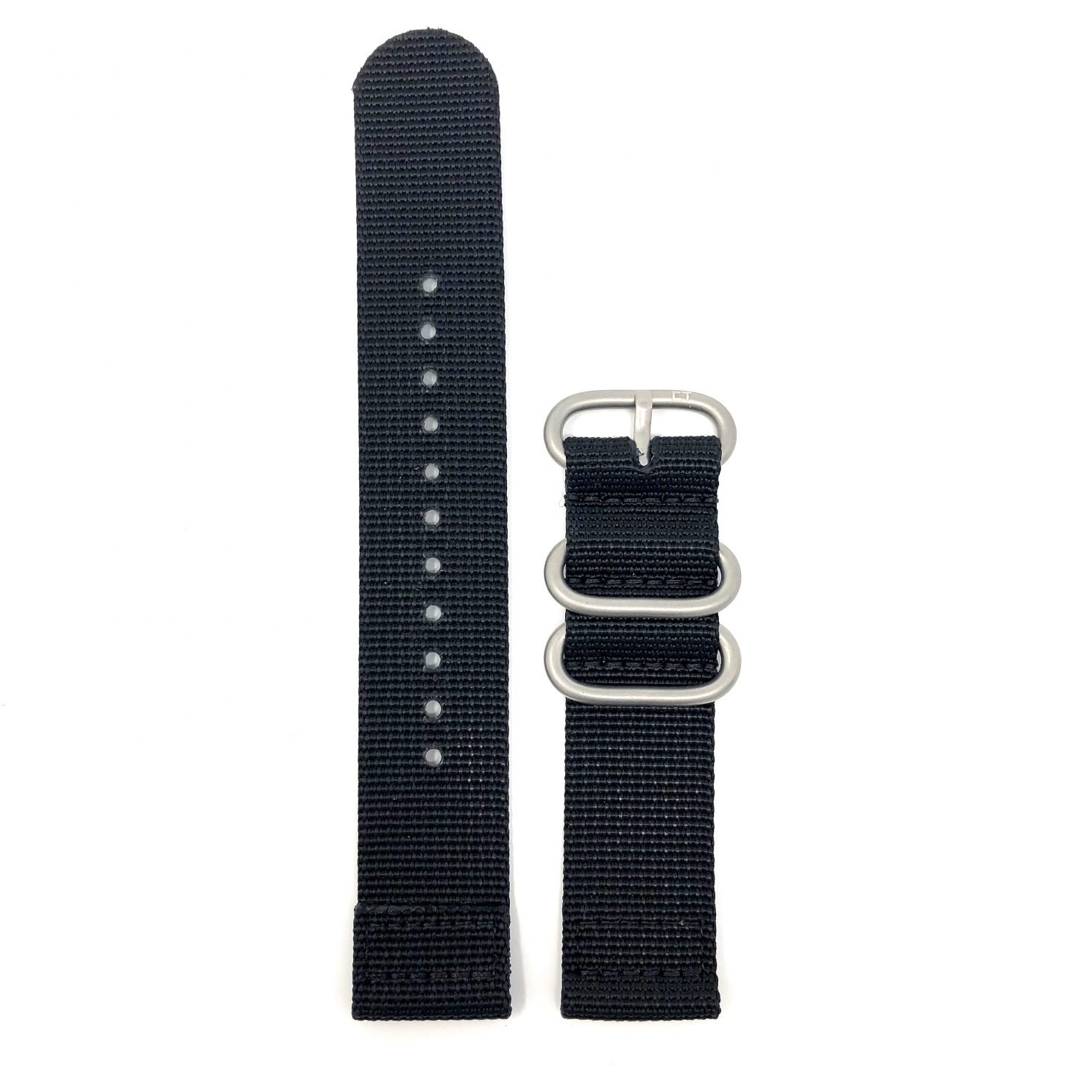 When you think of luxury timepieces, you usually think of leather straps and metal timepieces decorated by pristine crowns. Even the variant of watches containing metallic bracelets evokes a level of luxury that is incomparable to other strap styles. This is why it’s odd to think that a NATO strap’s nylon fabric strap and chrome-plated brass seem would be a popular option for luxury watches

The stylish yet incredibly casual-looking NATO strap has had an increase in popularity in recent years, catching the attention of brands like Omega, Breitling, and Hamilton. This sudden burst in popularity isn’t just a fad that’s making a comeback today. To learn more about its rise to fame, it’s important to take a deep dive into the NATO strap’s origin and how it appeals to timepiece enthusiasts.

The Recent Popularity of NATO Straps

NATO straps offer a unique and fun way to style timepieces, especially since most modding options affect the watch itself. Besides the variety of dials and crystals, the limited variability in straps and bracelets is generally the weakest point in modding watches. Thankfully, NATO straps provide a functional yet appealing twist to the world of watch modding. These variants of straps introduce a wide range of colors and patterns that just won’t be achievable with standard leather or steel materials.

The History of NATO Straps

Although the word “NATO” inherently brings allusions to the North Atlantic Treaty Organization (NATO), these two things are far from being related. All the two have in common is a quirky similarity in name. However, NATO straps do have some roots with another notable organization.

The NATO strapped was developed by the British Ministry of Defense, which is how it got its name from a stock number. Its simple yet durable design makes it fit to withstand rugged conditions, making it a perfect material for soldiers in harsh environments. Since it’s issued for soldiers to use, NATO straps can keep moisture away from the skin by prioritizing functionality over form.

The Commercial Popularity of NATO Straps

NATO straps gained popularity by being featured in James Bond films, primarily in the film Goldfinger where the debonaire spy was played by Sean Connery. He wore a Rolex Submariner with a NATO strap, making it a unique complement to his formal style. Although it was only featured briefly in the film, plenty of moviegoers attributed this simple strap became a standard for utilitarian-military wear fashion. This prompted watchmaking brands to update their product lines with NATO straps.

Since then, NATO straps have gone on to be attached to different brands and watch models. In fact, some collectors go the extra mile to purchase NATO straps and swap them with metallic and leather straps. Although purists are against modding luxury watches’ original bild, the unique look of NATO straps gives timepieces a personal feel.

The growing popularity of NATO straps is a testament to the ever-changing trends with timepiece fashion. In fact, you don’t have to wait for brands to release a NATO-strap variant of their product line to update your look. Thankfully, you can make simple modifications to your timepieces with the right supplier on your beck and call. With the numerous ways to mix and match your watch through watch mod parts, the modding community can always find a way to upgrade their builds.

The best part about modding your timepiece is that there’s no limit to the kind of builds you can make. This is why our products at SeikoMods offer modders with a wide selection of watch mod parts, from mineral glass crystals to NATO straps. Shop from our online store today!