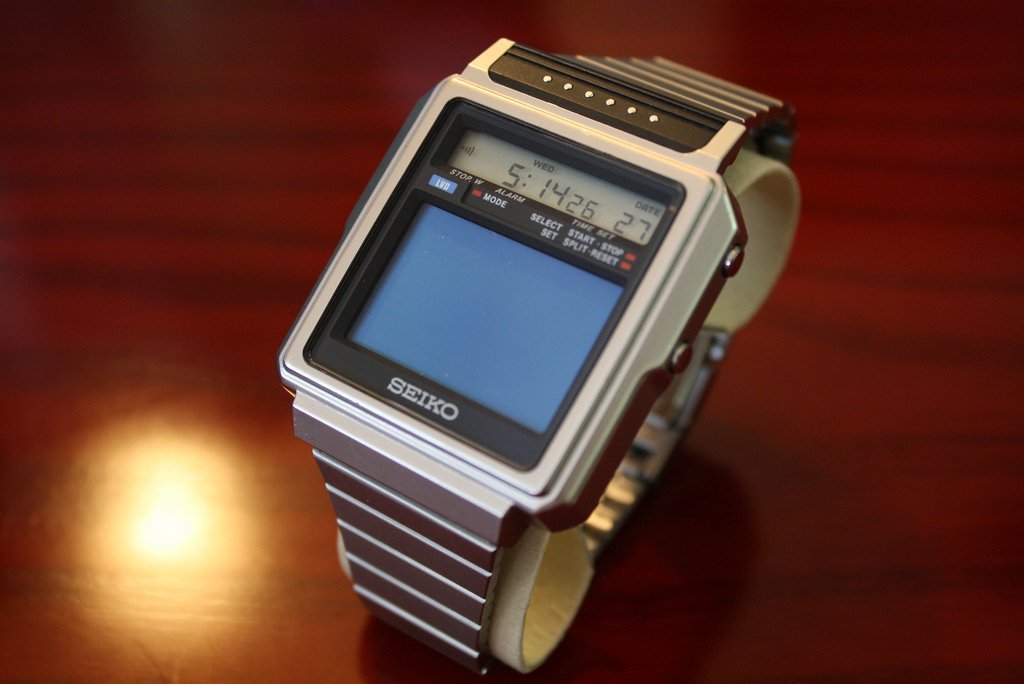 Seiko is a household name in the watch industry and has made significant contributions to it. Founder Kintaro Hattori opened his first clock repair shop in Tokyo in 1881.

For over 130 years, Seiko has always strived for excellence in its craft and pushed the boundaries of watch technology. The turning point for the company was when it released the Seiko T001 in 1983. Because of this feat, the T001 was dubbed “The Mother Of All Smart Watches.”

In this article, we’ll get to know more about the watch that paved the way for the modern smartwatch. Read on below to learn more.

More about the Seiko T001

The ’80s was a time when Seiko was thriving and releasing watches that were ahead of their time. The Seiko T001 was one of them, and it’s credited as the predecessor of the modern smartwatch for one simple reason: it had a TV in it. Obviously, having a wearable TV the size of a watch was a massive deal at the time. Until now, the T001 is still fondly remembered by watch and technology enthusiasts.

In 1984, the Guinness Book of World Records gave the Seiko T001 the honour of being the smallest TV in the world.

The Seiko T001’s Accessories and Features

The Seiko T001 combines a portable TV receiver and a 1.5-inch LCD screen. While the LCD screen tech is pretty much the same as today’s smartwatches, it was groundbreaking technology in 1983. The receiver is slightly larger than the watch itself, but the design demanded it back in the day.

The receiver had the following attachments:

The T001 had five main features: headphones, headphone cord, TV receiver, video connector and the watch TV itself. The face of the watch has two separate screens. The narrow screen at the top is where the time can be seen, while the bigger screen under it is the TV’s video output. The display was made with an LCD screen because it was the best way to show small images while using less power. Aside from the TV function, it also functions as a calendar, alarm and stopwatch.

The thumbwheel is what allows the wearer to watch or listen to their favourite shows wherever they are. But before that, the receiver has to be connected to the watch head and the headphones.

The T001 in Popular Culture

The T001 is best remembered for its appearance in the James Bond film Octopussy. In the movie, Bond used a prototype version of the T001 since both the movie and the watch were released in the same year. He noticed the watch when he was in Q’s lab in India. It was also present in the film’s ending when Bond and Octopussy attack Kamal’s palace.

If not for the Seiko T001, we wouldn’t have any of today’s smartwatches. Thanks to the foundation laid out by Seiko through this watch, we can wear the pinnacle of modern technology on our hands: the combination of various functions in one device.

Seiko is known for having watches that can be modded to suit the wearer’s preferences better. If you’re looking for Seiko mod parts, visit Seiko Mods! We offer various parts that can fit any Seiko watch, so you’ll have many options for personalisation. Simply go to our website and take your pick!