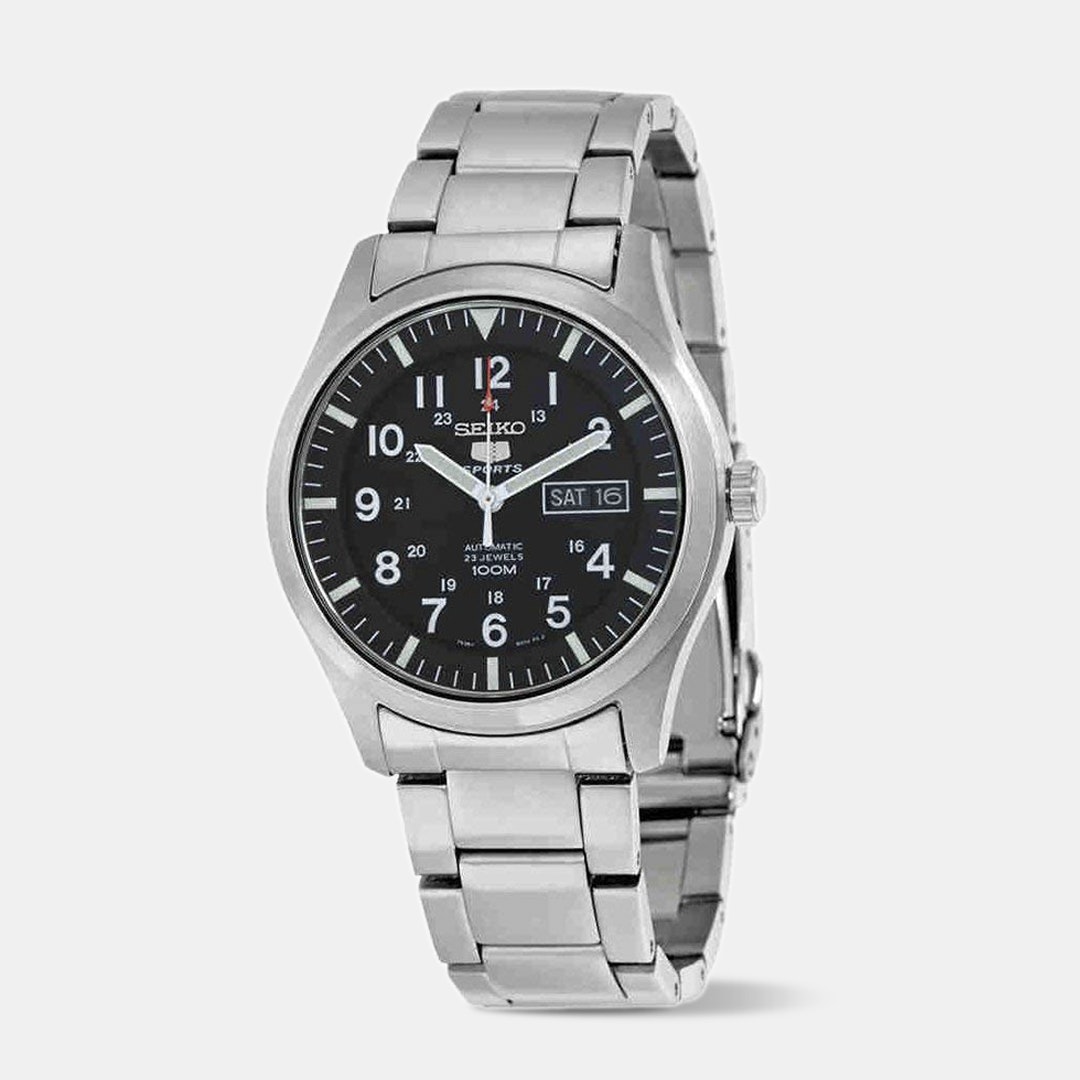 Knowing Seiko’s greatness already—as we at SeikoMods always proudly preach—there seems to be no end to the masterfully crafted timepieces the Japanese put out. While the Seiko 5 was initially doubted for its craftsmanship, the passing of time has revealed that they have gotten the entire thing right once again! Prematurely judged for being a cheaper successor to the God-like SNK, the Seiko 5 is now appreciated for its versatility and simplicity in nature.

The initial Seiko 5 Field Watch called the SNK809 was a hit. It was extremely popular thanks to its bold, militaristic styling, added with a pricepoint that was impossible to match! For a price of less than $100, there was no way you could beat the internals the SNK was crafted with. It featured a mechanical movement, a simple dial, and a bulky 37mm case that looked great on those with regular-sized wrists!

The complaint of many larger individuals, however, was that the case was simply too small—looking ill-placed on their own larger wrists. Seiko’s solution? A bigger brother to the SNK Field Watch called the SNZG.

This larger brother of the renowned SNK Field Watch is still part of the Seiko 5 line but is made for those with thicker wrists. It features similar styling as its smaller counterpart, with the simple dial and case style, differing mainly in its size and movement.

Seiko’s in-house movements are some of the best you can get for their price. This timepiece houses the larger 7s36 movement, a bump up from the smaller 7s26 found on the cheaper Seiko 5 watches. Still, you get a great mechanical movement that is shocking to be found on such an affordable watch. Do not be fooled by the price, however, as the quality of the Seiko 5 line is nowhere near cheap!

Like most Seiko timepieces, the SNZG is retrofitted with their usual Hardlex crystal, which is a hardened mineral that protects the dial from damages. This is a notch above the standard watch mineral crystals you normally find, but nothing compared to a sapphire crystal, which you can find at our website.

The Crown And Sides

Although the Seiko SNZG is doubted for its 100m depth rating because of the push-pull crown, we don’t see any issues with it, as long as the seals are always kept in good condition.

The crown of the SNZG is found at the 3 o’clock position, and is larger than the one on the SNK, making setting the time and date a breeze.

Seiko’s Lumibrite is some of the best lume found in affordable watches. The SNZG is no stranger to this technology, as the techs have added a generous amount of coating to the indices and hands for a true tactical glowing finish.

As usual, the case is amazingly done by Seiko and looks as if it will last for a long time. The whole case has a satin-finish, which gives it a great field-esque look that the SNZG was going for.

The Selling Point: The Dial

Arguably the reason why people purchase the SNZG or the SNK is because of their dials. The tactical styling and no-frills look are what the purists love. Couple this with the lume that is amazingly done and you have a watch that the outdoorsy ones will love.

If you love the SNK but cannot bear the size and how small it looks on most adult wrists, the SNZG is for you! Crafted specifically for those with larger wrists, this watch by Seiko holds true to their name when it comes to production quality and overall following.

SeikoMods is the UK’s premium distributor of Seiko watch mod parts, with an extensive collection of everything, whether you’re looking for cases, movements, or bezels! Get in touch with us today and browse through our wide array of mod parts for your watch!