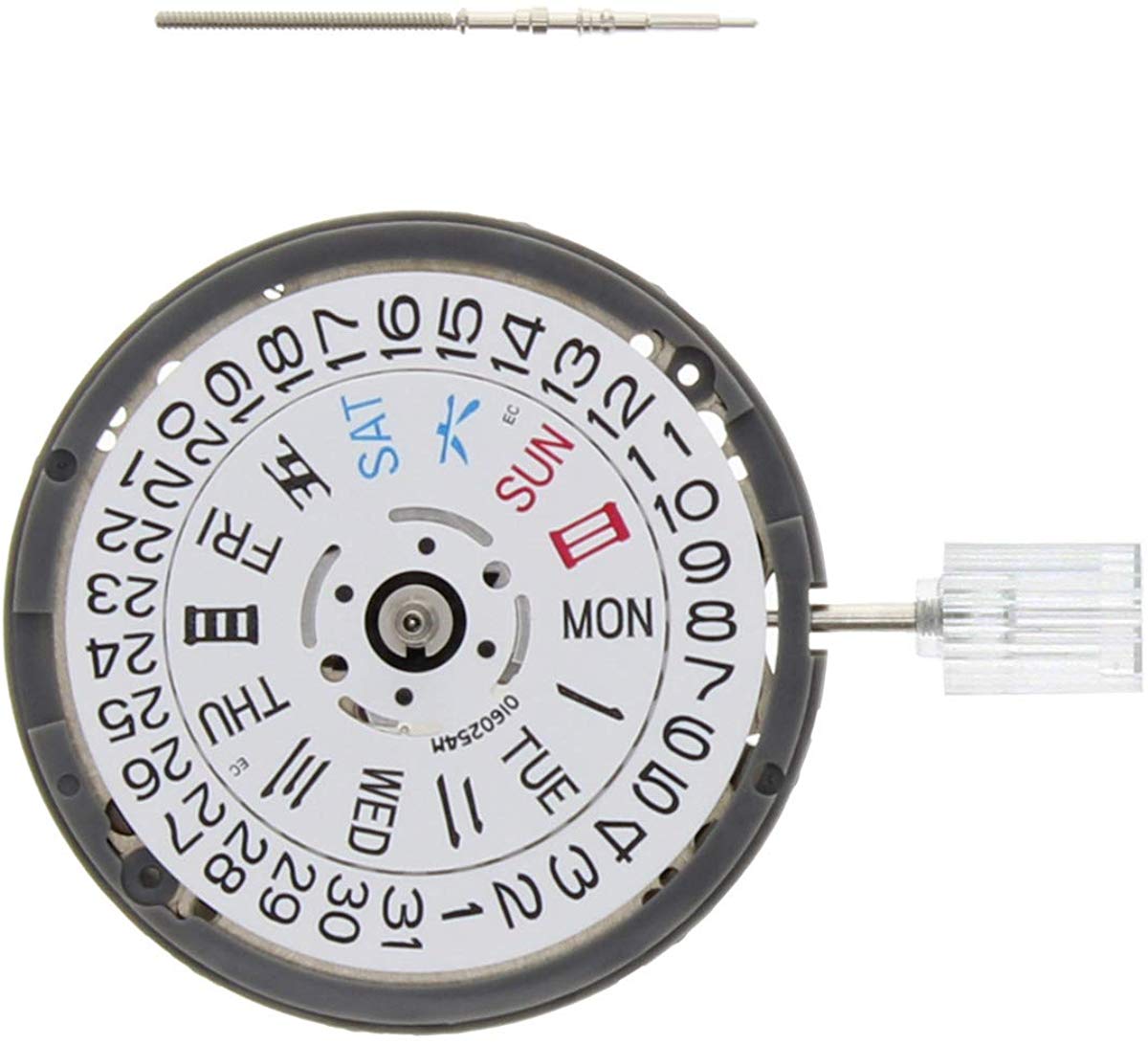 Have you ever wondered what sets apart different movements from Seiko’s NH series, such as the NH35, NH36 and NH38 or NH70? This is a question many people have when they are starting to modify watches, so let’s take a closer look at the movements to see the distinctions between them.

Seiko Instruments, Inc. introduced the NH mechanical movement, which is known for its great quality and durability compared to other products in the same field. The NH movement quickly became popular and established itself as a reliable option in the industry.

That said, the NH35 mechanical watch movement line consists of five varieties, all based on the 4R3x movement. These five calibres are NH35, NH36, NH38, NH39, and NH70. All these calibres are part of the NH “Basic Mechanical Series”.

On top of that, Seiko NH series movements also offer exceptional accuracy, durability, and energy efficiency by operating at the same frequency of 21600 VPH. This frequency is used for a majority of Seiko’s mechanical movements.

Overall, the NH series of movements are all identical in terms of accuracy and reliability, with the only distinctions being the additional functionalities available in each version.

Now, let’s get into the main differences.

The Difference between the NH35 and the NH36

The NH35 is a highly sought-after automatic watch movement that is preferred by many watch owners. It is a 24-jewel self-winding movement with a date display, a feature that allows for the second hand to be halted for precision timekeeping and manual winding capabilities. This movement is the most widely used and purchased among the NH series of watch movements.

The NH35 is generally found on both Seiko watches and third-party watches. The 4R35 Seiko model has the same 24 jewels as the NH35A, but the Swiss 2824-2 and SW200 movements are more expensive. Therefore, the NH35A is the ideal choice for Seiko watch modifications due to its price and dependability.

The NH36 movement is similar to the NH35, but with the extra feature of having a day wheel. It has the same features as the NH35, including hours, minutes, seconds, date, manual winding, automatic winding, a hacking second, and a power reserve of approximately 41 hours, with 24 jewels.

That said, like the NH35, the NH36 is used in Seiko automatic watches and other watches from various well-known watchmakers, complete with the Seiko logo.

Overall, the NH35 and the NH36 aren’t that all different, except for the fact that the NH36 has a day wheel on top of its date wheel. Regardless, both movements are incredible at what they do, and thanks to their affordability, they have been the go-to for many watch modders. So, what are you waiting for? Grab yourself a Seiko movement today!

Seiko Mods is a designer and manufacturer of sapphire crystals for Seiko watches, along with

various other Seiko mod parts. Check out what we offer today and get the parts that you need!