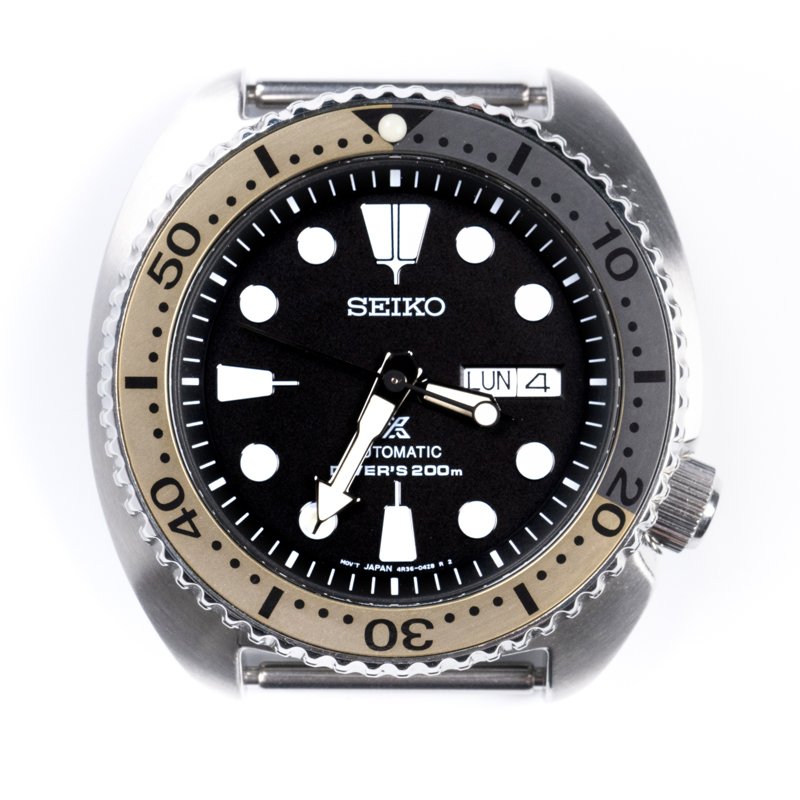 Often seen as the frontrunners of Japanese watch manufacturing and stalwarts of premium quality at an unbeatable budget, Seiko has made many contributions to the world of watchmaking as we know it today.

From the advent of the Quartz mechanism to watch moddability and “Rolex killer” models, it’s no secret that the Nipponese watch manufacturer brought forth a wave of change to the timepieces we all wear on our wrists today. Within a century, the manufacturer has put out countless icons in the world of watches, such as the Sumo, Mako, Tuna, and Monster, all of which are legendary in their own rights.

While Seiko hasn’t come close to missing on any models that they’ve put out, there’s one standout member of their product line that never ceases to amaze or stand out: the Turtle.

Getting to know the Turtle

Best known for its top-shelf combination of Japanese quality and a rich history, the Seiko Turtle remains a mystery for many because it comes as a wallet-friendly price beyond belief.

Ever since it was introduced, this shell-looking timepiece has managed to amass a big following across all its iterations, from the SRP773 to the SRP777. Among all the different dive watches that the brand has released, however, the Turtle remains as the most unique one of them all because of their standout look. This is essentially a characteristic that is so distinctive that even those unfamiliar to Seiko watches can tell it apart.

Going over all the characteristics that set it apart

When understanding what makes this well-loved Seiko stand out from its competition, we’ll need to look at the different parts of its aesthetic in greater detail:

Among all the features that comprise the Turtle’s construction, none are as distinctive as the case that envelopes its minuscule components.

Easily set apart because of its broad, cushion-shaped construction that is more oblong-shaped than its counterparts (hence the moniker it’s known for), this component is single-handedly the most memorable part of this timepiece. It’s worth noting, however, that the shell-shaped nature of the casing isn’t all for show because it features ample flanks that protect both the casing construction and crown.
The dial

When you try to distinguish the SRP773, SRP775, and SRP777 from one another, the main component that you should be looking at is the dial of each piece.

Although some may argue that the ‘773 and ‘777 have similar designs because of how they have navy blue and black dials respectively, the ‘775 features the most standout appearance by far because it features the finest artisanship seen on any Seiko piece. When you consider the bigger picture and compare the Turtle’s dials to those in other watches, you can easily tell them apart because they feature broad, round indices and a distinctive handset!

When it comes to understanding of what makes the Seiko Turtle so unique, all you’ll need to do is closely look at the details that comprise the watch model’s entire appearance. Based on the cases and dials alone, you can quickly learn more about why so many enthusiasts enjoy and cherish this watch model to the point where they’d take it over a Swiss model any day!

We’re the leading supplier of Seiko mod parts in the UK that offers various types to make any model unique, whether it’s a Turtle, Mako, or Sumo. Bring out your creativity and escape ubiquity in the watchmaking world by visiting our website and ordering mod parts today!