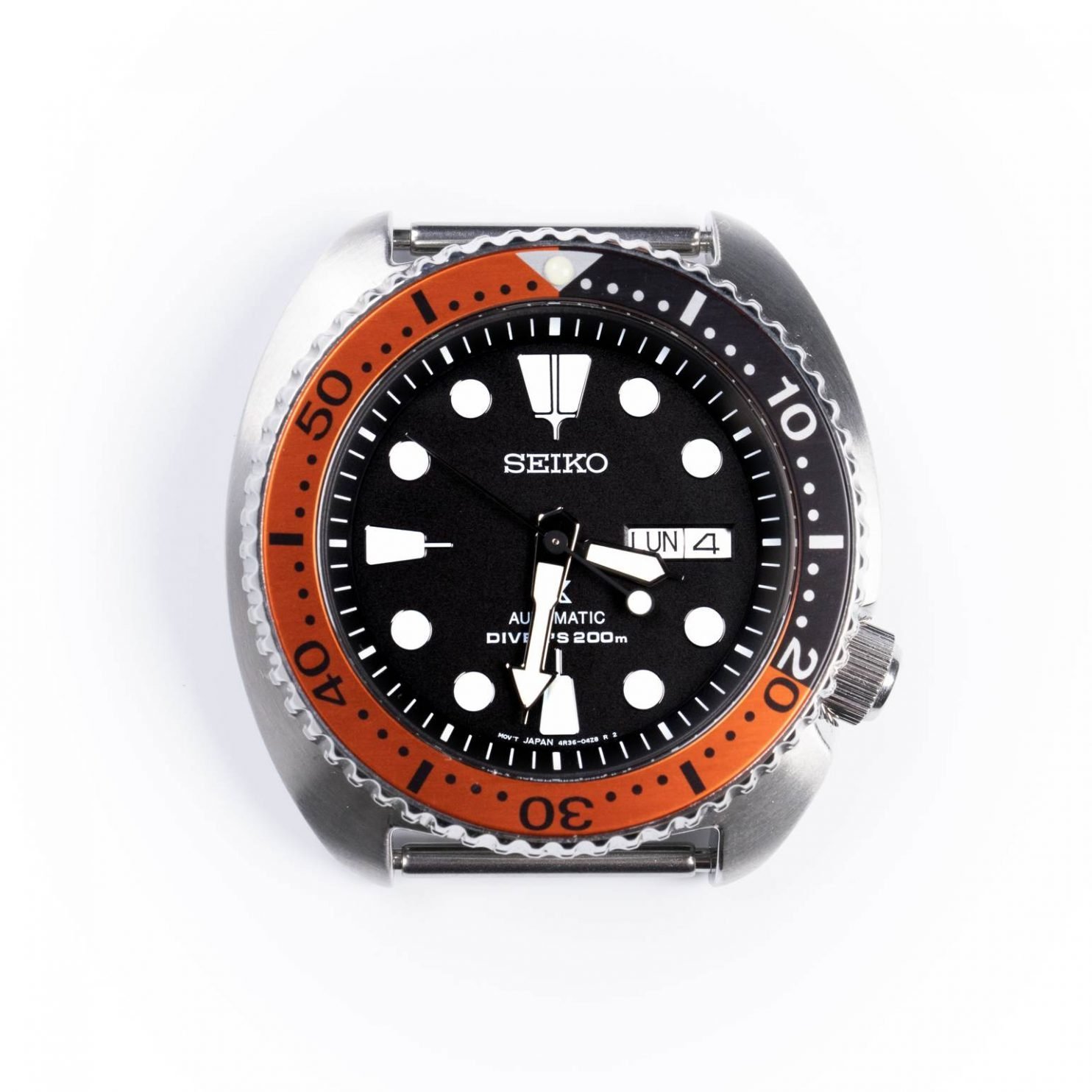 A watch is a valuable accessory for most people because it is both functional and stylish. A watch can tell time, of course, but it can also be used as a fashion statement. For this reason, many watch enthusiasts get their timepieces from only the best brands, such as Seiko.

Seiko is a household name in the watchmaking industry because it has been around for more than 140 years. The Seiko Turtle is one of the many notable products the brand has released because of its quality. However, not all Seiko Turtles are created equal because some variants are better than others, and there’s no better answer than the SRP777. Few people know about this Turtle variant, so we’ll discuss the details in this article.

A Brief History of the SRP777

In 1976, Seiko released the 6306-7000/1 model for the Japanese market. This watch, powered by the Seiko 6306A calibre, featured a 60-click bezel and a black dial with oversized lume dots in both circular and ornate shapes. The Seiko Turtle is a watch designed for people who want a daily wear timepiece that can go with them on their recreational dives. The watch has a depth rating of 150 meters, making it ideal for people who want to keep track of their dive time. The watch also has an English/Kanji day-date wheel, a feature that fans of the watch treasured.

The international version of the 6306-7000/1, called the 6309-7040/9, is similar to its sibling, except for the day and date wheels. The Turtle’s nickname comes from the elliptical, softly curving appearance, which looks like a turtle shell when viewed from above. The sloping lines make the watch easy to wear under a shirt sleeve. Like many Seiko watches, it became a cultural staple in James Cameron’s ​1989 film, The Abyss, where Ed Harris wears a 6309  throughout the film.

Later, the Slim Turtle variant was released and became popular in the early 1980s. It was known for its sharp, angular case and overall trimmer profile. However, it only lasted a few years before the SKX007 replaced it. The SKX007 is considered to be the ultimate tool diver. The 6309 movements are also considered to be legendary.

The SRP777 and the SKX007 are two of the most popular Seiko watches on the market. They are both parts of the Prospex line, Seiko’s watch line designed for sports and adventure. Both are dive watches that are water resistant up to 200 meters and have the iconic turtle shape. However, some key differences set these watches apart.

The SRP777 is an excellent watch for those who want a larger watch with more features. It is also a perfect choice for a watch with a more modern movement. However, you can maximise its potential through modding.

Modding an SRP777 is a little more complicated than most models, especially since you have to dismantle most parts to gain access to other parts. Regardless, some of the best mods for the SRP777 are:

These mods are simply a matter of personal preference, and you can still enjoy your SRP777 without them. Since the watch is a quality product, you can expect it to last long.

The Seiko SRP777 is a great watch that’s perfect for those looking for a versatile timepiece. It’s an excellent choice for those looking for their first dive watch, as it’s affordable and has all the basic features you may need. All that matters is taking good care of it and keeping it in top condition.

If you’re looking for Seiko Turtle mods, SeikoMods has what you need! We have various mod selections for almost any watch, such as bezels, dials, and sapphire crystals, for affordable prices. Visit our website today and take your pick!